Adagio for Harp and Winds 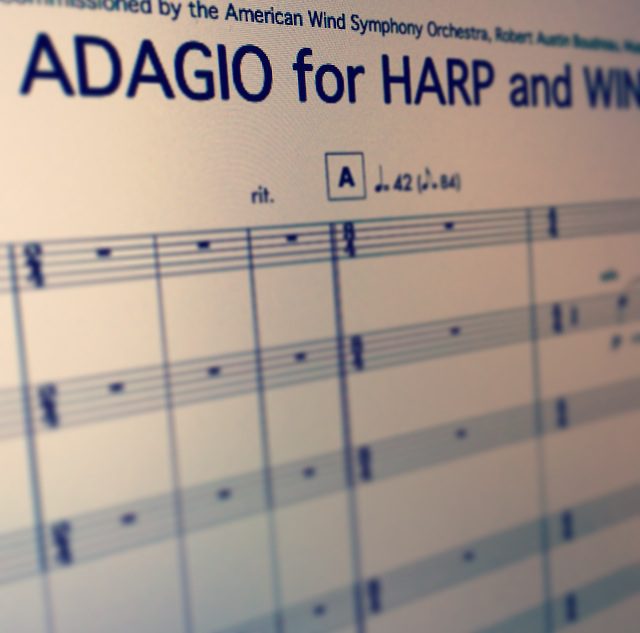 The Adagio for Harp and Winds is the result of a commission by Robert Austin Boudreau for the American Wind Symphony Orchestra and published by the C. F. Peters Corporation. In becoming familiar with my previous work, Maestro BoudreauÕs interest grew toward a piece that would reflect Latin-American musical influences, yet be slow and expressive – at which time intersected with the personal loss of my beloved aunt Marian, as well as my move away from Los Angeles. It is a goodbye event for me, and wanted to compose as direct, and sincere a piece of music as I could, while maintaining respect to detail in both form and orchestration.

The Adagio ended up borrowing from the Cuban musical tradition what is known as the Danzon for its rhythmic propulsion and cohesive element – yet, as in my other works, also incorporates a tonal/modal language borrowed from the American singer/songwriter – Popular music tradition of the last thirty years, with a few oaths to late nineteenth and early twentieth century music of the Classical repertoire.