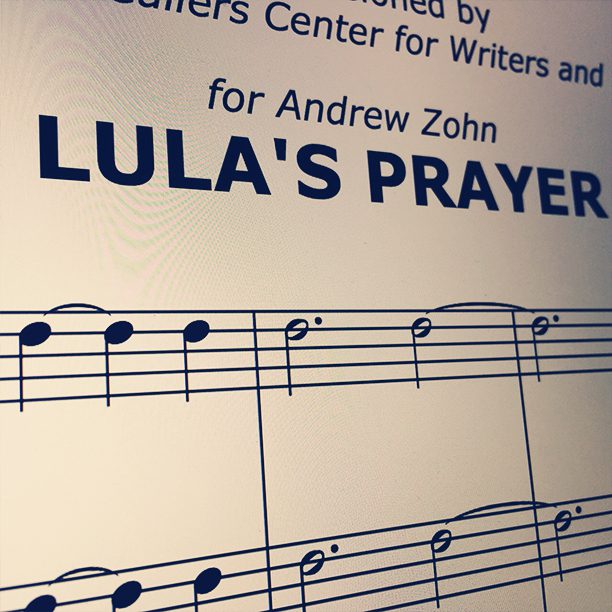 “Lula’s Prayer” was commissioned by the Carson McCullers Center for Writers and Musicians and is dedicated to Andrew Zohn. The composition was difficult in that it had many false starts, one of which used some quotations of David Diamond’s music. David was a friend of Lula Carson Smith (Carson McCullers’ maiden name) and had set her poem The Twisted Trinity for Voice and Piano. My intention was to use that melody as a point of departure, and use variation techniques to build the piece.

Long story short – many sketches, and an imminent deadline… As I learned more and more about her very troubled life, I began to think “What if in the midst of it all – between the strokes, flirtations with suicide, and illnesses – Lula would stop and reflect – perhaps even pray…

What ensued was a short, heartfelt piece of music for guitar ensemble which attempts to sing – what should be long vocal lines – through the guitar. Always a great performance challenge for guitars to perform as if they were a choir.