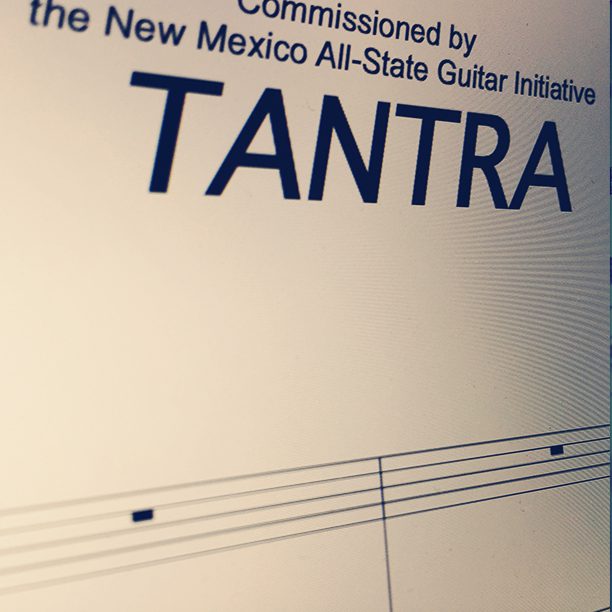 “Tantra” was commissioned by the New Mexico All-State Guitar Initiative and was a fantastic experience to write. The main idea behind the piece was inspired by the Beijing Summer Olympics Opening Ceremony, featuring the Fou drums – 2008 of them to be exact. Their ominous sound inspired the opening for Tantra, which I envision as being performed by the largest guitar ensemble possible.

In this visceral work, the notes are not front and center, but rather the feeling evoked by the piece is featured. In a sense, it is quite dissonant, but raw, with a large section of the ensemble serving as an oversized drum set.

Since its premiere in 2009, it has become a staple of the guitar ensemble repertoire, for which I could not be more grateful, as I had always intended it to present contemporary chamber music to beginning guitarists in an attractive, challenging, and visceral way – harkening to many of the same sensibilities of playing in a rock band.