Upon the Seventh Hour 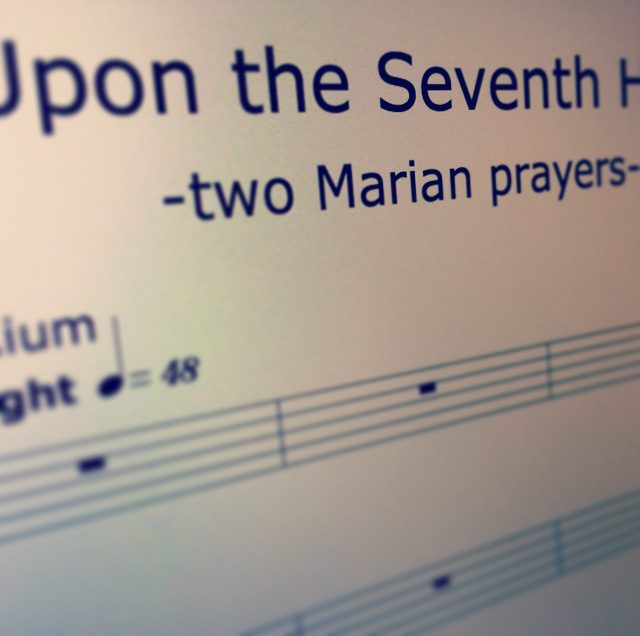 “Upon the Seventh Hour -two Marian prayers-” sets the oldest known Marian text, the “Sub Tuum Praesidium”, to Mezzo-Soprano and Male Chorus. It serves as a preface, and dramatic enhancement, to the previously composed “Ave Maria” (1998).

The pair now performs as a musical whole, exploring the texts from an unusual point of view.
Most of the Marian texts, particularly the “Ave Maria”, are set with a focus on the beginning of the prayer’s intent, which is that of glorification. I have set a musical context focusing on what seems to be the prayer’s ultimate intention: that of petition for help, a pleading out of despair.