Whirler of the Dance 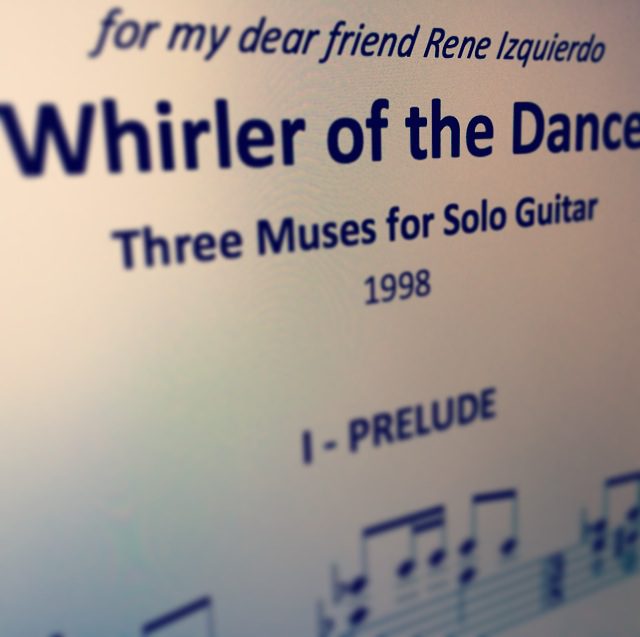 The title for this work was inspired from the name the Greek poet, Hesiod, gave to Terpsichore, one of the nine ancient muses of Greco-Roman religion.

“Whirler of the Dance” was first premiered by Matt James at the University of Southern California.

It is winner of The 1998 ASCAP Foundation / Morton Gould Young Composer Award, and the 1998 Guitar Foundation of America Set Piece Competition Award.