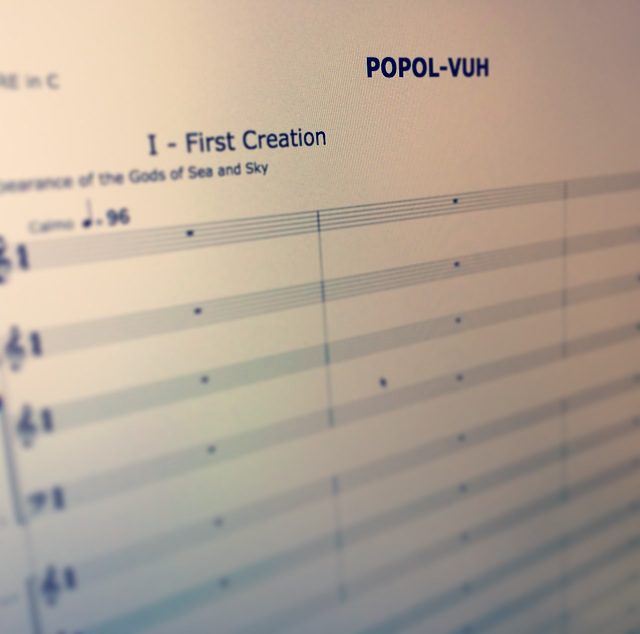 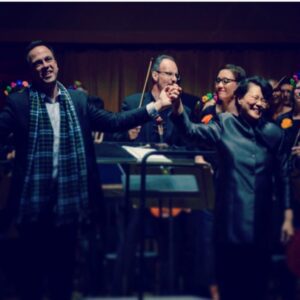 The Popol-Vuh is the Mayan People’s Book of the Dawn of Life. It is a story at least as fantastic as those of Greek and Arthurian lore, telling us how it is that gods were able to create, after three unsuccessful attempts, humankind. Alongside the creation narrative, the Popol-Vuh tells us of the adventures of the Hero Twin deities through the underworld of Xibalba, their sacrifice in avenging their parents’ death, and their final rise, each as the Sun and Moon. Both of these stories share parallel timelines, ending with the Hero Twins’ appearance in the horizon as dawn to the successfully created human being.

I have set four out of the eight intended dance scenes for orchestra. Two of the four creation attempts, and two of the four Hero Twin adventures. Once completed, the work is to be choreographed and presented as animated ballet.